July 02, 2012
A friend of mine sent me the link to this article about publishers redesigning the covers of classics in the hope that they'd appeal more to teenage readers. One such redesign involved a "Twilight-esque" cover for Wuthering Heights and a blurb that said "Bella and Edward's favorite book!" Many classics have also be redesigned with watercolor covers. 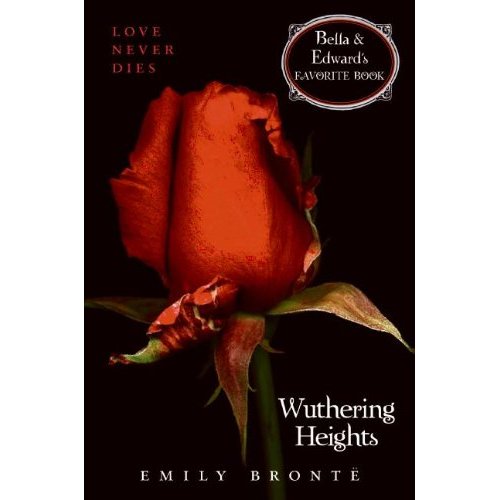 Sense and Sensibility by Jane Austen

Pride and Prejudice by Jane Austen

Classics shouldn't be redesigned to look more "modern." Kids should want to read them because their classics, not because they look like modern books on the outside. If I'm going to buy a classic, I want it to look like a classic.

I just finished Pride and Prejudice on my e-reader and I'm intending to buy a print version. When I do, I want it look classic. I want Elizabeth to be wearing something that the actual Elizabeth Bennet would wear. Not something more modern that someone decided to use in the hope of attracting younger readers. I don't want it to look like a Twilight companion novel.

The Twilight version of Wuthering Heights actually runs the risk of turning away readers who aren't fans of Twilight. If I hadn't read half of WH in high school and I saw that cover in a bookstore, I would walk the other way. Whereas if there was a more traditional cover, I might be encouraged to pick it up. Fans of Twilight who are interested in Bella's fascination with the book are going to pick it up whether it bears a resemblance to the series or not.

Teenagers are going to pick up the modernized classics thinking that the style will be the same as the modern YA that they're used to and then be turned off when they realize that they're nothing alike. Even the summaries of many of the classics are being modernized to draw in a younger audience.

Thoughts? Is the redesigning of covers necessary? Would you be/have been more likely to read a classic with a redesigned cover than with a more traditional-looking one?

Em said…
To me, this is akin to the "now a major motion picture!" covers with movie stills instead of the original cover art.
I saw those increasingly with classics and childhood favorites as I browsed bookstores in my (younger) youth.
In my experience they've been incongruous at best, misleading at worst ... they mess with your existing mental images, or create ones that are relevant to the film but not the book itself.

Now, I've seen some "new" or unusual covers that caught my eye (like the 2009 Penguin edition of Wuthering Heights) ... but the Wuthering Heights with the red rose on it seems like either blatant false advertising or a classic case of "read two chapters of the book, made a cover" syndrome.
I mean, sure you shouldn't judge a book by its cover, but I think you should at least have a fighting chance at it (especially if you're actually buying books instead of using the library).
Using a cover as bait is okay, using it as a bait-and-switch is not.
July 8, 2012 at 9:22 PM